Adulting 101: What is a Credit Union?

How Do Banks Work?

Imagine a bunch of rich people sitting in a fancy conference room figuring out how to profit off you. That’s a bank.

Why Make the Rich, Richer?

Ever heard of the wealth gap? Banks only make that gap bigger.

How Are Credit Unions Different?

Who owns a credit union? The members. That means YOU are the one who profits via lower fees and better interest rates.

Many people think banks and credit unions are just two sides of the same coin: they are both financial institutions that store your money, give you loans and all that fun (not fun) stuff.

But if you’re wondering “what is a credit union?” you’re asking the right question, because banks and credit unions are not the same.

There are some key differences that can really help you decide which is best for you (and yes, one is often better for you than the other, depending on your needs and priorities).

Before diving headfirst into what is a credit union, let’s start by going over how a bank works. As you already know, banks are financial businesses that store your money in various accounts, offer loans and also give you credit cards.

If you think banks are owned by a bunch of old men in fancy suits and ties, you’re probably right. All the fees and interest you pay a bank — ATM fees, overdraft fees, yearly fees, credit card interest, etc. — goes, eventually, into their pockets to buy more fancy ties.

On one hand that sucks because they basically just invented a bunch of fees and expenses to help them make more money, and that’s scummy in and of itself.

Does that make any sense? It doesn’t to us.

Also, that dollar amount is only true if you don’t use your credit card again until it’s paid off.

This is annoying and downright ridiculous for your finances, and it is one reason why the wealth gap continues to grow. The richest three men in America own as much money as the poorest 50% of Americans. You can make your own decisions about how that feels for you, but for us? It feels real bad. 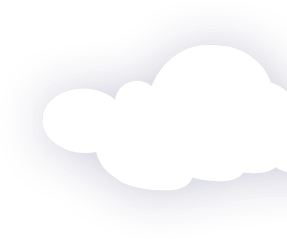 Why Make the Rich, Richer?

Join a credit union — join the fight against wealth inequality.

What Is a Credit Union and How is it Different?

Why? Well, because that hypothetical conference table is where you sit — along with every other member of the credit union.

This is perhaps the biggest difference between the two entities: credit unions are owned by their members. Any interest or fees a credit union charges go straight into your wallet in the form of fewer fees, higher interest on your accounts and lower interest rates on loans.

Banks would rather you not know about credit unions, as they snatch the power right out of their hands.

Now that you understand what is a credit union in broad terms, let’s talk about why you might choose one over a bank.

If this is the first time you’re hearing of credit unions, chances are you’re a bit skeptical. And that makes sense. We’re here to walk you through the details so you don’t end up making a mistake.

Your money is just as safe as it is with a bank when you use a credit union, as they’re insured by the National Credit Union Insurance Fund.

One of the biggest misconceptions is that credit unions are behind the times. While some of them are not quite as high tech as banks (with fancy apps, etc.), they offer the same services, such as checking and savings accounts; personal, auto and home loans; and even credit cards. Many credit unions do have things like apps — you might just have to sort through more credit unions to find the best fit.

Credit unions also sometimes lack options (they have fewer kinds of checking and savings accounts, for example) and commercial loans. Unless you plan on buying an office building and launching a commercial real estate career, the lack of commercial loans shouldn’t be an issue.

Having fewer options doesn’t have to be a terrible thing. Some studies show that having more options simply leads to more stress. So only having to pick between 2–3 types of credit cards might not be such a bad thing.

So, what is a credit union? When it comes down to it, a credit union is a financial institution that works for you, not against you. There are very few downsides to joining a credit union. And when you do join, you can rest easy knowing you’re pissing off an entire conference room of rich bankers.

Better interest rates, fewer fees — it all adds up in the end. 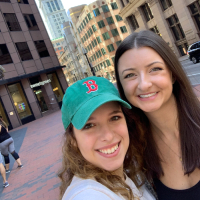 We are your financial hype squad. Our mission is to save you money, fight wealth inequality and equip you with the knowledge to be financially independent. We want to cheer you on every step of the way as you and other Millennials and Gen Zers harness the power of credit unions to secure your financial futures.

Adulting 101: How to Start Building Credit

The History of Credit Unions: Fighting Wealth Inequality Since 1909